The Athens University of Economics and Business organized on Thursday 5 May 2022 at 18:00, in the Amphitheater “Leonidas Zervas” of the National Research Foundation in Athens, the award ceremony of an Honorary Doctorate of the Department of Economics, of the School of Economics, to Professor, 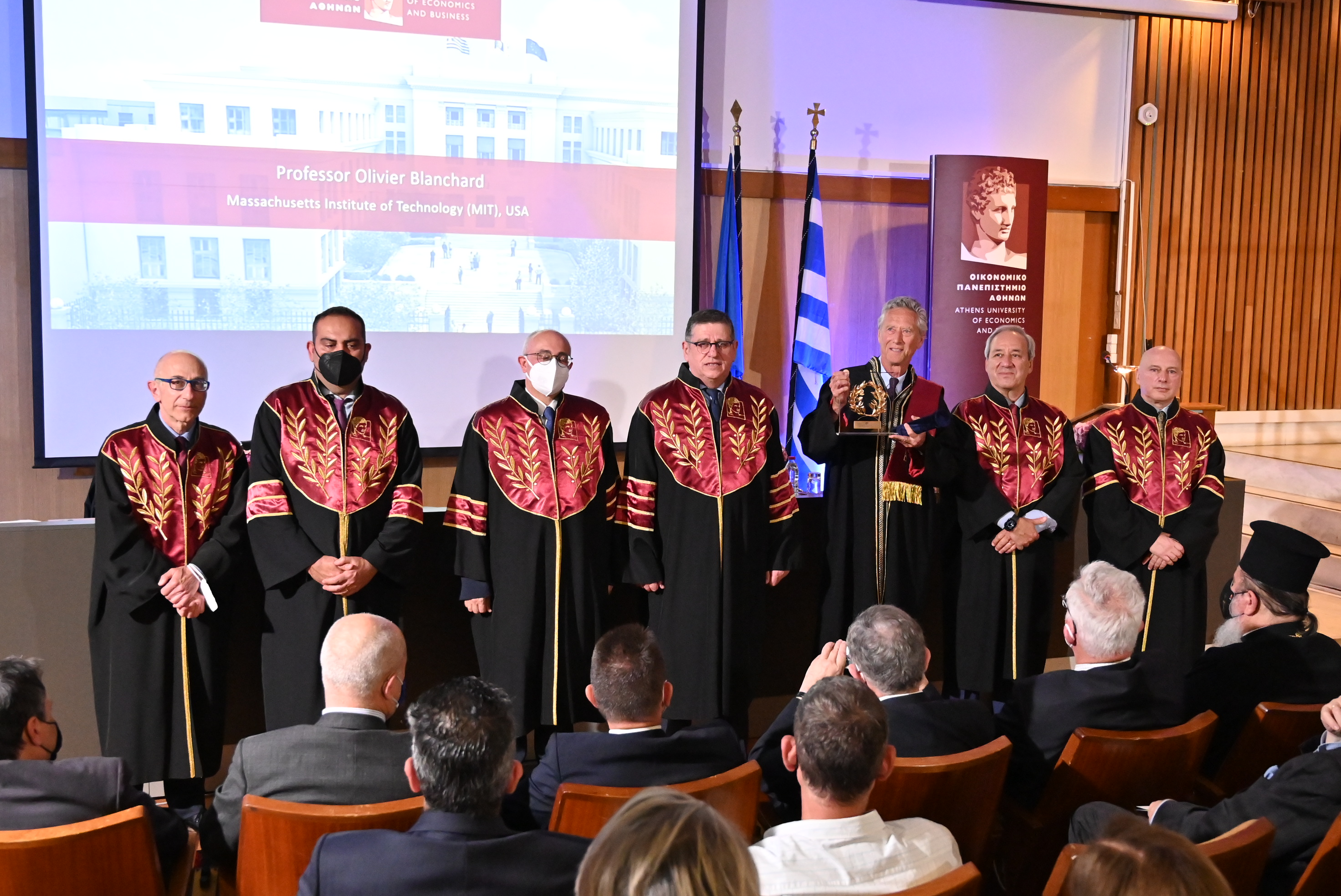 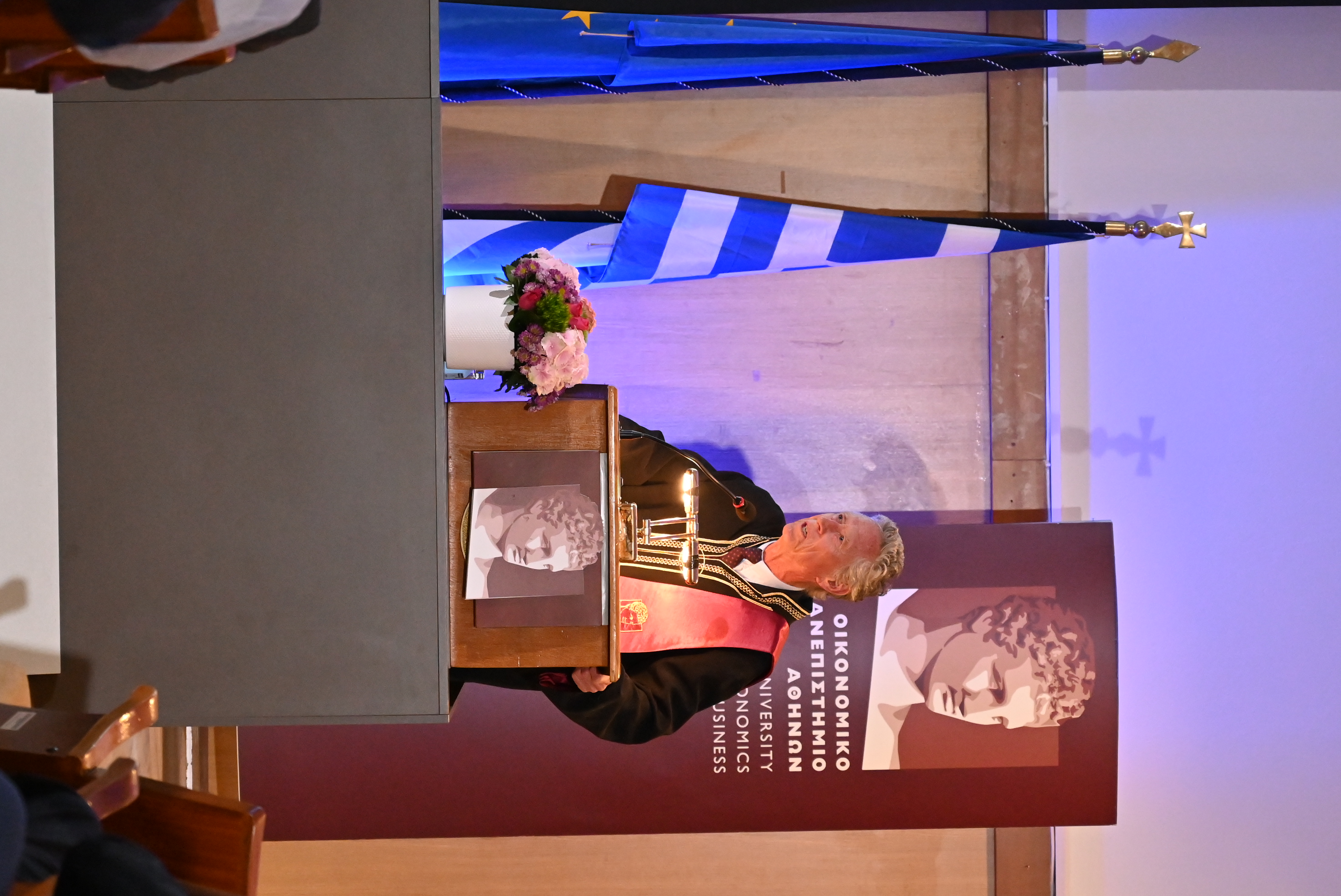 Olivier Blanchard is the C. Fred Bergsten Senior Fellow at the Peterson Institute for International Economics and the Robert M. Solow Professor of Economics emeritus at the Massachusetts Institute of Technology (MIT).

A citizen of France, Blanchard has spent most of his professional life in the United States.  After obtaining his PhD in economics from MIT in 1977, he taught at Harvard University and returned to MIT in 1982. He was chair of the economics department from 1998 to 2003. In 2008, he took a leave of absence to serve as economic counsellor and director of the research department at the International Monetary Fund where he stayed until 2015. He then joined the Peterson Institute.

Blanchard has worked on a wide set of macroeconomic issues, including the role of monetary and fiscal policy, speculative bubbles, the labor market and determinants of unemployment, economic transition in former communist countries, and the nature of the Global Financial Crisis. In the process, he has worked with numerous countries and international organizations.

Blanchard is the author of many books and articles, including two textbooks on macroeconomics, one at the graduate level with Stanley Fischer and the other at the undergraduate level. He is a past editor of the Quarterly Journal of Economics and the NBER Macroeconomics Annual and founding editor of American Economic Journal: Macroeconomics. He is a fellow and former Council member of the Econometric Society, a past president of the American Economic Association, and a member of the American Academy of Arts and Sciences.