The Athens University of Economics and Business (AUEB) organizes on Wednesday 8 June 2022 at 18:00, in the Amphitheater “Leonidas Zervas” of the National Research Foundation in Athens, the award ceremony of an Honorary Doctorate of the Department of Economics, of the School of Economics, to the Harvard University Professor,

The Return of Inflation

Robert J. Barro is Paul M. Warburg Professor of Economics at Harvard University, a visiting scholar at the American Enterprise Institute, and a research associate of the National Bureau of Economic Research. He has a Ph.D. in economics from Harvard University and a B.S. in physics from Caltech.

He was a viewpoint columnist for Business Week from 1998 to 2006 and a contributing editor of The Wall Street Journal from 1991 to 1998. He has written extensively on macroeconomics and economic growth.

Link to the Robert J. Barro page at Harvard University 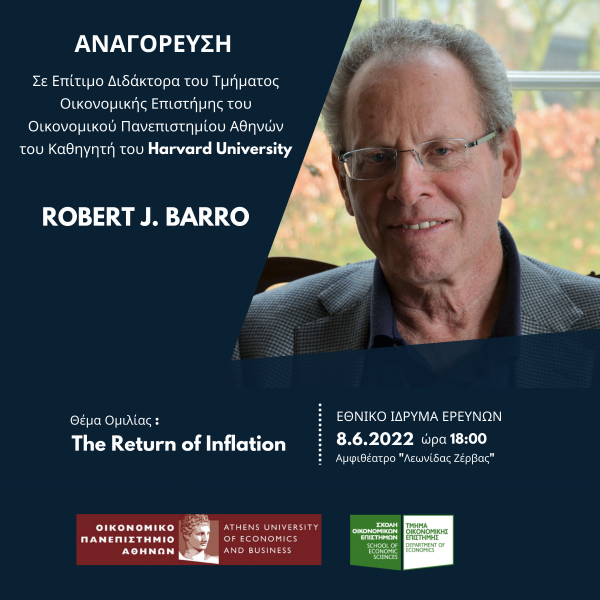